The Turks & Caicos Islands consist of 40 islands and cays, eight of which are inhabited. The native language is English and the official currency is the US dollar.

The beautiful TURKS & CAICOS AGGRESSOR II® offers guests a week of thrilling wall diving along the coasts of Providenciales, West Caicos and French Caye. The sheer walls of Providenciales begin at 40 feet, plunging into the deep blue abyss and include crevasses and ledges that are decorated with huge orange Elephant Ear sponges, Gorgonians, Crimson Rope Sponges and abundant macro life. The itinerary April through December departs from Providenciales, Turks & Caicos Islands. 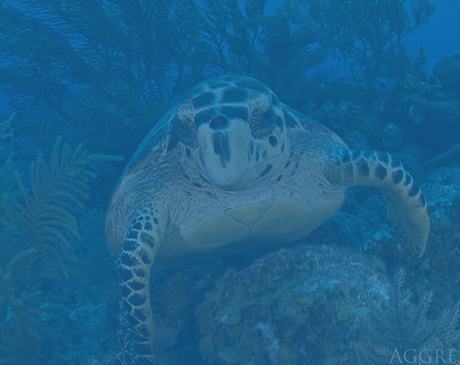 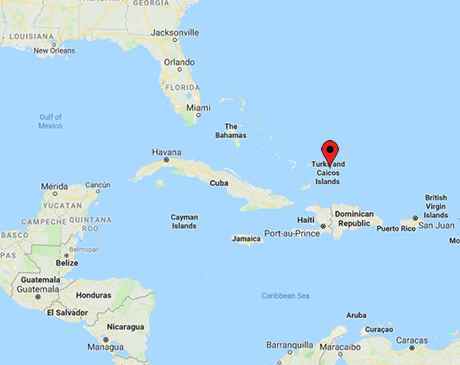 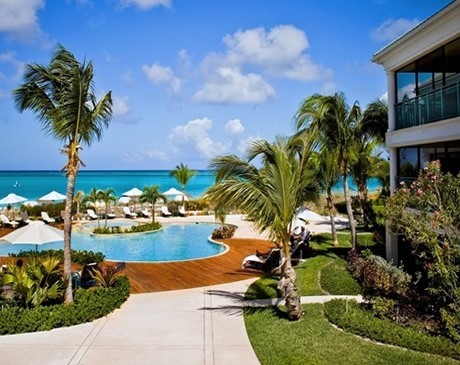 Guests may board Saturday between 3 pm - 6 pm. At 6 pm the yacht departs for its night anchorage to prepare for diving Sunday morning. After a full week of diving, the yacht returns to Caicos Marina & Shipyard, Friday after lunch. Friday evening the yacht hosts a sunset cocktail party. Guest can leave the yacht for dinner at a local restaurant. Friday night dinner is not included in the price of the charter. Check-out is Saturday morning at 8 am. Transportation is provided back to the airport Saturday morning.

All diving is from the yacht. A 18 ft. x 5 ft. tender is available to take guests for optional shore excursions (usually 1 - 2) .

French Cay - Double D
Simply the Garden of Eden. The wall is overgrown and there is an abundance of marine life. There are two huge coral mounds teeming with fish. A resident spotted scorpion fish often poses for photographers. Spotted Eagle Rays are often seen here.

French Cay - Rock and Roll
The top of the wall is at 40 feet. Plenty of barrel sponges, elkhorn and pillar coral. Juvenile barracuda and lobsters spotted during the day. This a great afternoon and night dive.

Northwest Point - Black Coral Forest
The walls starts at 45 feet and drops to below 300 feet. There is an overhang in which at least 5 species of black coral are growing. The base of the overhang is at 75 feet.

Northwest Point - Shark Hotel
Named for the Caribbean Reef Sharks sometimes seen cruising the wall. The wall levels of at 90 feet in a plateau covered with plate corals. At 100 feet, a chimney cuts through the reef exiting at 130 feet on the deep wall. Lots of pillar coral on top of the wall.

Northwest Point - The Crack
The wall doglegs to the south forming a huge penny slot crack which divers can swim and exit at any time. A massive barrel sponge with an anemone above it is at 85 feet. Swim to the south where you may encounter schooling fish and a resident turtle.

Northwest Point - The Dome
Once the site of a French television game show, this sunken dome offers a spectacular night dive.

West Caicos - Driveway
One of the most diverse dive sites along West Caicos. The boat is moored in 35 feet of water offering the options of swimming to the wall over the Driveway, a large sand chute, or cruise on top of the wall in shallower water where there are many interesting isolated coral heads. There are anemones growing in only 5-10 feet of water.

West Caicos - Gullies
Swim through a penny slot gully which starts at 45 feet and ends at 75 feet. Beautiful sponge formations at the edge of the wall and schooling fish on top of the wall.

West Caicos - Rock Garden Interlude
The wall is divided into sections with large and beautiful sponge formations. Encounter friendly turtles and spotted scorpion fish. The sand flat on top of the wall has several nice coral heads and garden eels.

West Caicos - The Anchor/Whiteface
Called Whiteface for the white sandy cliffs along West Caicos. Swim through a gully with a 17th Century anchor wedged in the north side of the gully. A beautiful, large white anemone sits at about 95 feet at the base of the gully. Keep an eye out for the resident reef shark who is not camera shy. Great night dive with lobsters, octopus and nurse sharks.